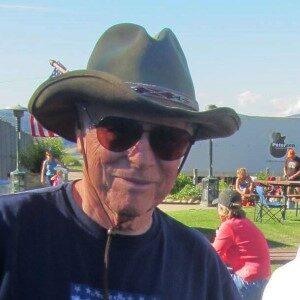 Born in Massachusetts, Pem Dunn grew up in upstate New York. Following college, he reported to flight school in Pensacola and then took his advanced training in Corpus Christie where he met his wife JoAnn. Even then, with all of his naval duties, he continued to paint. From a young age, Pem had been interested in painting, and even made extra money in college painting portraits of his friends’ girlfriends. Pem remained in the Navy for seven years, transferring to Bellevue, Washington, where he was assigned to the NROTC Unit at the University of Washington. Following this assignment, he joined United Airlines and the family moved to New Jersey while Pem worked out of the New York area. He began studying art with a man who owned a gallery. This mentoring relationship would last for ten years, and when Pem’s life began to feel too “left-brained” due to his career as a pilot, he found his focus shifting more to his artistic side.

Eventually, Pem retired from his jobs as a pilot with both the Navy and United Airlines, and moved to Evergreen in 1984. This is when his artistic career took off. The family maintains residences in Evergreen and Tabernash.  In recent years, Pem’s work has won many awards and been displayed in such publications as Western Art Collector and Southwest Art Magazine. His paintings are a clear reflection of his love of the out-of-doors. Hiking the backcountry trails of the Rocky Mountains provides much of his inspiration. Viewing Pem’s work, one sees many familiar vistas of these areas in his oils. Pem is inspired by the constant changes in light and weather. This inspiration is evident in the light and subtle nuances of color that bring a great deal of richness to his work. Pem has studied with some of this country’s finest artists including Joseph Dawley, Natalie Becker, Karen Vance and Scott Christensen. Pem is represented by Winterpark Framewerx, Winter Park, CO. 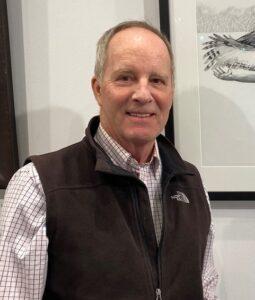 Joe Glasmire’s parents enrolled him in art classes when he was 11 years old. Later, in high school, he excelled in art which led to a degree in Art Education. After college, Joe taught high school art for seven years. During that time he completed a Master of Fine Art with an emphasis on drawing and printmaking including lithography, intaglio, and mixed media drawings. After teaching art he changed careers. He retired March 1, 2014, after 32 years in the pharmaceutical business and now enjoys pursuing his lifelong interest in the visual arts. Joe and his wife live in Evergreen, Colorado near their two daughters, sons-in-law, and 5 grandchildren.

Joe gets his inspiration from nature, specifically the subtle and sometimes bold contrasts in light, color, and shadow during different times of the day. His subjects include landscapes, still lifes, and other images from Colorado, Pennsylvania, and his travels around the United States. Joe prefers the light contrasts one can see early in the morning and late in the afternoon. He creates using watercolor, oil, soft and oil pastels, graphite and colored pencils, gouache and an occasional mix of all. The style of Joe’s work alternates between tightly controlled drawing to a free and fluid use of other media. He loves to draw and paint while in the comfort of his studio with great music playing in the background.