Getting Sideways: A Slightly Different Journey Through Life

Getting Sideways: A Slightly Different Journey Through Life: June 4-July 3, 2021
A Collaborative Art Experience with work by Mike Arzt and Pat Milbery

Visit the Center for the Arts Evergreen (CAE) between June 4 and July 3 to see CAE’s newest exhibition, Getting Sideways: A Slightly Different Journey Through Life. This show is the first-ever gallery collaboration between professional adventure photographer (and Evergreen resident) Mike Arzt and and artist/designer/professional snowboarder Pat Milbery. Getting Sideways takes the viewer on a journey through each artist’s life shaped by snowboarding and their adventures around the world.

The exhibition stems from the first meeting of Arzt and Milbery, more than 15 years ago at a tumbling gold mine trestle in Breckenridge. The magic of the moment created by Milbery on his snowboard and Arzt behind the lens resulted in an infamous image. That photo led both Arzt and Milbery to their first publication in a major snowboarding publication: frequency: The Snowboarder’s Journal. From there, their friendship and both of their careers have taken them all over the world. They always end up back in the same place, though—on the snow! Both artists subscribe to a Getting Sideways approach to life: from the way they look at the world to their career paths driven by their passion for snow sports.

Visitors to Getting Sideways will find new creative discoveries around every corner: from Arzt’s jaw-dropping photos of Tyler Ceccanti’s and Josh Bibby’s perfect lines down Mt. Olympus in Greece to inspiring sunsets in Costa Rica to Milbery’s solo piece merging western landscapes with his modern, abstract, colorful geometric style or his 3-D LOVED hearts that will light up a room. There is even an Evergreen section with inspiring views, photos of shredders from Evergreen, and a collaborative photographic/paint piece created by both artists that will offer a whole new colorful perspective on the quintessential I-70 mountain view. Getting Sideways contains more than 40 photographs by Mike Arzt from around the world, eleven original 2-D and 3-D pieces by Pat Milbery, and four collaborative pieces created by both Arzt and Milbery. Many of these pieces have never been exhibited anywhere.

Getting Sideways Opening Reception will be on Friday, June 4 from 4-7 pm. No reservations are required except for the 6 pm panel discussion/Q & A with the artists. The Q&A will also be broadcast live on Zoom.

Panel Discussion/Q & A with Arzt and Milbery Sign-Up Genius (6 pm): https://www.signupgenius.com/go/904044AA4A729A2FE3-getting
Zoom Panel Discussion Meeting Link: https://us02web.zoom.us/j/87474417362
Exhibition Catalog: Coming Soon!
Exhibition Podcast: https://www.buzzsprout.com/1452748/8592382
Mike Artz: Born in Vernon, Connecticut Arzt spent his youth snapping photos, developing his own prints via real film, and building snowboard kickers in his front yard. Somehow this was the beginning of a career path. During Arzt’s storied career in photography and brand marketing he has worked with Burton Snowboards, Airwalk, Warren Miller, and now, his own business venture, The Public Works in Denver. Arzt’s camera skills have him dangling from helicopters in Nepal, rolling cigars in Nicaragua, and shooting some of the most famous snow athletes in the world: Chris Davenport, Bode Miller, Julie Mancuso, and more. Arzt’s work has been featured in the American Society of Media Photographers “Best 20 Images of the Year” as well as a critically acclaimed covers and features in the national publication PDN (Photo District News).

Pat Milbery: Pat is, above all, a creative collaborator. As well known for the large-scale murals he’s created alongside some of the most prominent street and graffiti artists in the world as he is for the playful photo shoots and video parts he’s participated in as a pro-snowboarder. Pat’s vivid street art collaborations adorn the walls of dozens of boutiques, breweries, residences, bars, and other businesses in Denver, around the Rocky Mountains, across the country and around the globe. He’s helped curate and create major art installation projects for brands including the Ford Motor Company, X Games, Budweiser, Zumiez, Loveland Ski Area, Wahoo Fish Tacos, and Pabst Blue Ribbon and has shared snowboard contest podiums with the likes of Shaun White and Travis Rice. Pat’s also proud that the Snowboard Camp Tour he founded, which aims to make freestyle riding more accessible to kids, is now entering its second decade.

This exhibition is sponsored by 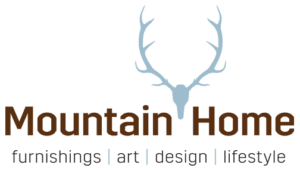 This is a demo store for testing purposes - no orders shall be fulfilled. Dismiss