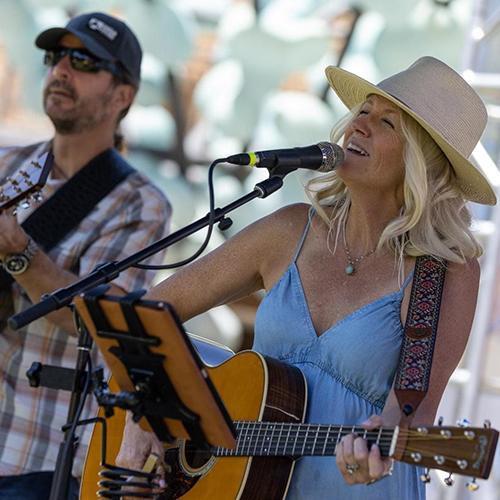 Join us as we welcome mountain apres-ski favorites, The Turntable Revue, back to the CAE gallery stage! Terry Armistead and her brother Joe Bianchi grew up with a folk singing, guitar playin’, beer-drinking father and a piano playin’, church singin’ mother with a voice like an angel. It was hard not to be influenced by their music as TV was nonexistent in the Vermont hills and playing guitars and singing was the activity every evening. Their Dad still claims that the Kingston Trio stole one of his songs back when he was opening for them in “the Village” in the ’60s. Expect to hear just about anything on a typical night; they’ve been known to throw down some Zeppelin and Emmylou Harris in the same set.