Center for the Arts EvergreenBringing the Arts and the Community Together 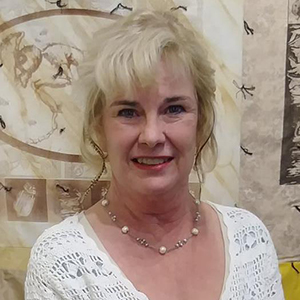 Patricia has been an arts enthusiast since childhood, beginning college at DU as an Art major. Her focus evolved and she earned a degree in Latin American Studies from Tulane and a Master's degree from Johns Hopkins in International Development. She worked several years as Caribbean Program Manager for a non-profit in Washington DC. She returned to Colorado, in 1993 and has lived in Evergreen with extended family since then. In 2009, Patricia began working as Director of Knox Galleries off Larimer Square in Denver. When the gallery closed in 2015, she eventually found her way to CAE. Patricia enjoys dancing, photography, writing, and has taken several painting classes at the Denver Arts Students League.