Center for the Arts Evergreen couldn’t exist without the participation and support of artists and teacher in our community. We are honored to learn from and featured our Artist Members each week. Please click on the link to be taken to each individual artist’s Featured Artist page. Enjoy! 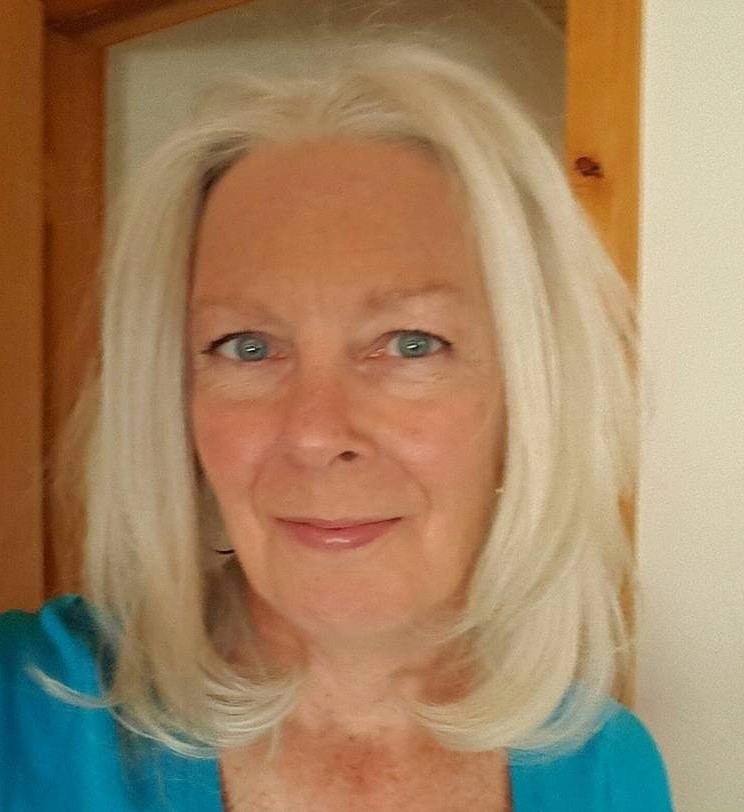 As a fine art oil painter, Karen creates landscapes for collectors who want to love and cherish their paintings forever. She works one-on-one with art lovers to make unique pieces that reflect their individual style for their home or office. As a result, her collectors often develop a special connection that lasts a lifetime. Click here to learn more about Karen. 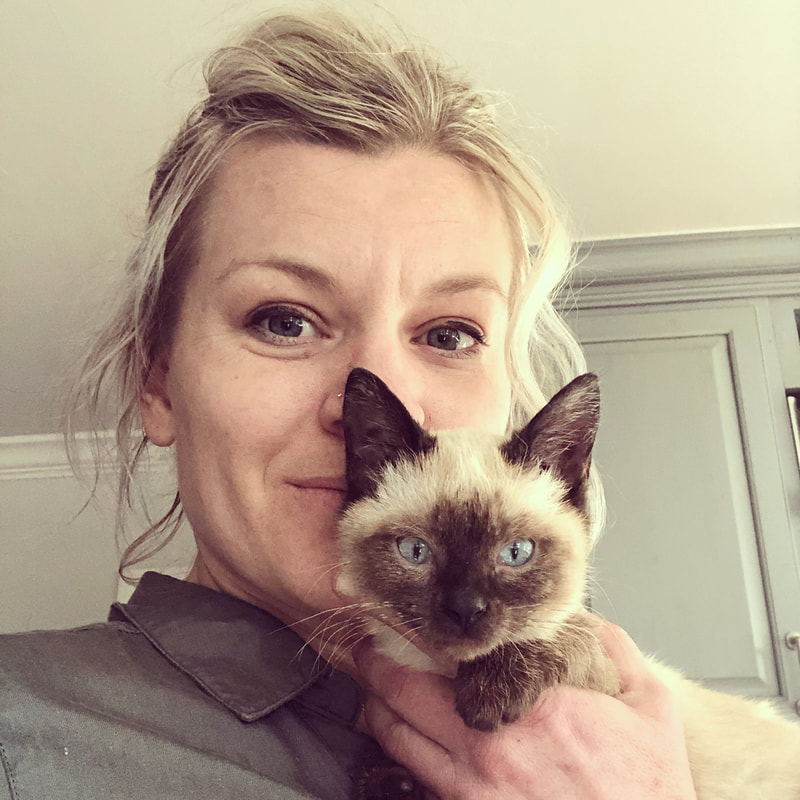 Andi Burnum is a paper mosaic artist and illustrator.  She got her first picture published in the school calendar in second grade and has been creating ever since.  In high school, she was painting nonstop, plowing through all the class’ art supplies.  Her art teacher gave her a paper mosaic project to slow her down and boy, did it ever. She immediately fell in love with the process. Andi decided to major in art in college and made it an entire year before deciding that no one could make a living doing studio art and she didn’t want to do graphic design. Pre-med seemed like a nice choice. After a quick detour medical assisting in the orthopedic world, she decided that perhaps this wasn’t creative enough. It seemed logical to start a moderately successful chocolate truffle company, AndiChocolates.  Eventually, Andi found herself putting more creative energy into designing the chocolate boxes than the chocolates. After a small natural disaster, she decided to box up the business and move on. Although she’d been doing mosaics as side projects for years, in 2014 Andi finally circled around and found herself being fulfilled with creating fine art. Learn more about Andi on her Featured Artist page here. 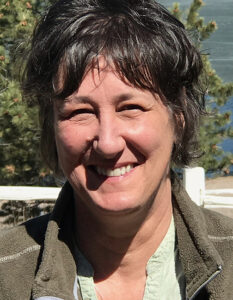 Denali Brooke is an international award winning artist who has exhibited in the last three International Association of Pastel Societies Exhibitions (2015, 2017, and 2019).  While living in New Mexico, she won several awards both in national and statewide juried exhibitions. She had the honor of assisting Dawn Emerson in some of the initial organization of her book, Pastel Innovations. Denali is a Signature member of the Pastel Society of America (2019) and earned her BFA from the University of Arizona in 1987.  She has collectors as far away as South Africa and Spain.  To give back to her community, she volunteers drawing demos for schools, senior centers, and other fund-raising events; and presented her journey as a disabled artist before disability advocates and FDIC representatives at the Building Financial Inclusion for All: A Call to Action conference in 2017, Albuquerque, New Mexico. Visit her website here.  Denali’s Venmo account is @Denali-Brooke. 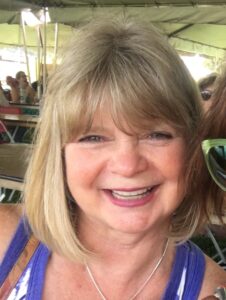 Patsi Pohle is a prolific artist – her art career spans over thirty years. She works in oils,  and acrylics with pallet knife.  In addition, she accepts private commissions. Patsi’s love now is painting her own fine art creations.  She finds inspiration for her Art in the flora and fauna of Evergreen and on her high country hikes and photography expeditions.

Patsi earned her Bachelor of Fine Arts Degree from the Academy of Art in San Francisco. She also holds an Associate Degree in Commercial Art from Indiana Technical College. She spent her early career working as a commercial artist, both as staff and freelance artist for clients including Cummins Engine Co, Arvin Industries, Grote Manufacturing, Lear Siegler, and R.R. Donnelley.

Patsi is a member of the Evergreen Artists Association, Center for the Arts Evergreen, the Gilpin Arts Association and the Colorado Mountain Art Gallery. Her current goal is to create art on a full time basis in the pallet knife styles that she enjoys. You can find her online here.  Patsi’s Venmo is: @Patsi-Pohle. 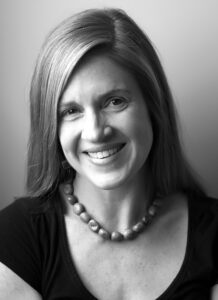 Theresa Howell is the co-author of MAYBE SOMETHING BEAUTIFUL (co-written with F. Isabel Campoy, illustrated by Rafael López, Houghton Mifflin Harcourt), which was inspired by the Urban Art Trail project in San Diego, which has led to similar community art projects throughout the United States. MAYBE SOMETHING BEAUTIFUL was selected as the 2018 Read for the Record title, is the winner of the 2017 Tomás Rivera Book Award. Theresa is also the author of the picture book series SCOUT MOORE, JUNIOR RANGER (Grand Canyon Conservancy, Globe Pequot Press), featuring the bright, curious, outdoor-loving Scout who motivates young readers to get out there and explore our national parks and nature for themselves. Her latest book, LEADING THE WAY: WOMEN IN POWER, co-authored with Senator Janet Howell, features 50 bios of women in American politics.

Theresa began her career in publishing as a children’s book editor with Rising Moon, where she helped establish the bilingual imprint Luna Rising and published a number of award-winning titles. She lives in Colorado with her husband and two daughters. There, she hikes, reads, dances, and dreams. You can learn more about her books here. Instead of a donation, Theresa has asked that viewers support Hearthfire Books here in Evergreen. 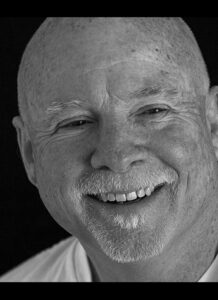 Steve Griggs likes to think of his paintings as a love letter to the people, places, and moments that make up the human experience. A single painting might speak a thousand different stories to a thousand different people. Nevertheless, a painting can remind us that, though our stories might differ, we are all connected. The experience of being human makes us one. The goal of Steve’s art is not to paint each leaf or twig or rock in a landscape. Using movement and representation, Steve paints to nudge the beauty, lingering within the soul, to life. He paints to evoke memory, feeling, and meaning.
Steve loves sharing his unique and evocative style of painting. He often hears that he makes it look easier than it actually is, but he is enthusiastic about teaching and encouraging others to not just try out his style but to develop their own style and voice in painting.
Steve and his partner, Sue, make up the team of SteveGriggsWatercolor. They have contributed several instructional articles to Watercolor Artist Magazine and The Artist (out of the UK) and have a YouTube channel here with videos intended to teach, inspire, or just entertain. Whatever else life brings, Steve and Sue are committed to bringing more joy and beauty to the world through art. Their Venmo account is @Sue-Griggs.
Video 1
Video 2 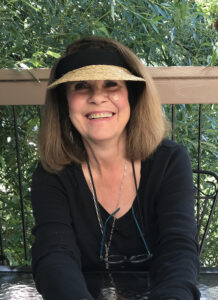 “To write, paint, or sculpt is a lifelong process. It takes courage and tenacity to pour one’s heart out and put it on public view. It is risky but rewarding. I paint because it gives me pleasure and fills me with energy. It balances me. I strive to paint with a fresh eye and open heart. I hope you will receive the same joy from my work as I do creating it.”

Laura studied at the University of Missouri Kansas City and has taught private watercolor and oil classes for 30 years. You can find Laura online here and you can make a donation to her practice here. 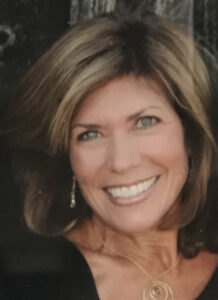 Beth Lindsay’s art explodes with bold and vibrant color.  She has had a jewelry design business for over 10 years and recently rediscovered her love for painting.  As a child, she dreamt of being a dancer; she creates jewelry and paints with that in mind.  Beth strives to get colors and shapes to dance and move in a pleasing way and her pieces are joyously unrestrained.

Growing up with an artistic family, surrounded by eclectic design and an education rich in different artistic styles led to Beth’s passion for contemporary art.  Paintings that are courageous, flowing, thick with texture and experimentation and ripe with color, make her feel exhilarated. Jewlery that is out of the ordinary, incorporates off-loom handwoven beaded pieces and a variety of organic materials make up her unique line of adornments.

Beth grew up in Evergreen, CO and feels blessed to be able to create to her heart’s content in the mountains she loves. You can see her works here. Beth strongly supports EChO. You can make a donation to help support their mission here. 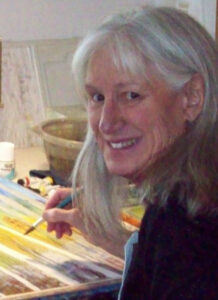 “I came to put paint on paper long after having been inspired by the impressionist painters while studying for my Bachelor of Arts Degree in Paris and Grenoble, France. After graduation from the University of Illinois, I married and moved to New England and was immersed in the fine art museums of Harvard College and Boston, MA. Subsequently we moved to Denver, Colorado where we enjoyed the mountains from a distance but could not resist their siren call. So after a few years we moved to Evergreen, an artist community 25 miles west of Denver, situated in the foothills of the Rocky Mountains. During this time I discovered Georgia O’Keefe and fell in love with her sensuous style of painting flowers and southwestern landscapes. I finally discovered my muse was watercolor and decided to concentrate my painting efforts in that medium. I am currently painting contemporary mountain landscapes. I continue to explore the medium of watercolor and it constantly reveals itself to me in different ways and inspires me to be more creative.” You can find Cathy online here. Cathy would prefer that any donations come directly to CAE, which we kindly appreciate.

We are proudly supported by: